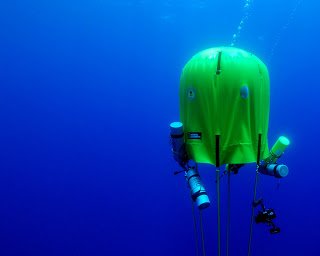 Call it one of those quirky fateful twists – as I started up my truck this morning, the local radio was airing an interview with Frank Carini from EcoRI News (my favorite environmental watchdog) which was tackling the controversial subject of overpopulation. I haven’t written about this in some time, so figured that in the spirit of those fearful of what forthcoming environmental policy might look like, this would be as good a time as any to dive deep into the subject.

At the surface, at face value, overpopulation is very real. Those of us who have been around for a quarter to a half a century have felt the pressure everyday – just think about something as simple as traffic. It is very obvious that there is more traffic today than there was even 10 years ago, and this has added to personal anxiety and stress, as well as stress on our infrastructure, and environment.

According to Frank’s morning report, by 2050, the world population will be at 9 BILLION people. Today, we’re around 7 billion. Rewind to 1950, Planet Earth supported 2.5 billion people. So, in just one century, we’re looking at greater than a 4-fold increase in human population. It doesn’t take rocket science to understand that this means 4 times the competition for basic human needs – food, water, shelter, and therefore 4 times the responsibility as a human race to account for this both for our own survival, and in a responsible manner that accounts for the natural resources that sustain us each and everyday. The unfortunate reality may be that Planet Earth can’t sustain this type of population growth. This very topic has been addressed by many scholars, summarized nicely by Livescience here: http://www.livescience.com/16493-people-planet-earth-support.html. All things point to a tipping point around the 10 billion mark – that isn’t too far away.

So, what will happen? Well to use the fruit fly experiment analogy – once the population reaches its maximum sustainable level given the resources available within the closed system, a die-off will occur. This would be a humanitarian disaster, and nothing we want to think about. But, we HAVE TO think about this. I’m not advocating doomsday conspiracy theory adoption, but I am advocating that world leaders take a serious look at this and arrive at a cohesive and singular direction to carry humanity forward. In fact, a similar situation may be what has brought humanity to Earth to begin with…a panspermia if you will, or seeding of life here, to save a failed state elsewhere.

While it doesn’t take rocket science to see the problem, it will take rocket science to solve the problem. Here on Earth, my personal opinion is that we’ve already failed from the perspective of adequate forward-thinking to implement the massive infrastructure enhancements required to sustain the 2050 population. We [the people] can’t even get it together to project highway needs only a couple of years out – again, think about your morning commute anxiety despite ten years of highway repair. Who botched up that one?!? We need to think BIG, and that means bigger than Trump’s wall…

Food, water, shelter – and transportation – need to be addressed in a massive way. With the latter, transportation, it may be that our brainiac abilities to telecommute become more popular and we can sit around like blobs and think our way through the day. There is evidence of this if you look at the stats for just how much time we spend staring at our smart phones. So, that leaves the bottom rungs of Maslow’s hierarchy of needs…food, water, shelter.

Food may become nourishment goop in a bag, fresh water may be harvested from the air (or sea), and shelter may just continue to build up. That’s the lazy man’s approach to survival of the fittest, and in the end will only prolong the inevitable problem. If, and when, Earth goes bust, we may need to leave. It’s a sad reality, but also may be part of this epoch-old journey that humanity has been on to find a new idealism in the universe.

So, let’s figure we make the leap to Mars. That is the shortest leap, and we’ve had robotic scouting trips underway to take the first look. To take a human settlement leap requires technology that is only at its infancy here on Earth, and that is artificial life support [to breathe]. Food, water, and shelter can be limped through, but strip the air we breathe, and frankly, we’re screwed.

A diver can appreciate this, as we willingly remove the atmosphere that we take for granted here on terra firma, and rely on its supply and management via an artificial means. Today’s diving state of the art – the rebreather, places an added element of atmospheric management responsibility on the diver, and it is this very technology that needs to be advanced to take us to Mars, or beyond, in a meaningful and permanent way. Rebreathers, at a grandiose scale, are exactly what sustain us here on land – the gift of photosynthesis hard at work. The fact that we’re screwing that pooch with our carbon emission issues is just mind-blowingly irresponsible. Mr. Trump, calling Mr. Trump!

What better way to prepare for our giant leap towards human sustainability [elsewhere for better or worse] than to embrace advancements in diving. Diving has been a rather isolated field for centuries, but needs to be embraced as an academic field of study to make the advancements that need to be made. Shifting to a new life in the sea creates the ideal proxy to prepare us for that giant leap to Mars, and beyond.

Well, better get going…sitting here like a blob at my computer isn’t helping much. Off to the shop, to the sea, and beyond!