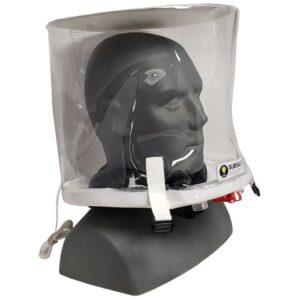 For some companies, business with other countries has never been better.

North Kingstown based Subsalve USA Corp., which manufacturers products such as lift bags, flotation bags and bomb-recovery systems, had planned to attend several in-person trade shows this year, but all were postponed.

That hasn’t hurt sales in foreign markets, though.Typically, 50% of Subsalve’s $6 million in annual revenue comes from more than 30 countries worldwide, executives say. Now that percentage stands to climb much higher.

The company teamed with Lombardi Undersea LLC to create oxygen-treatment hoods that treat COVID-19-related respiratory ailments without the insertion of breathing tubes, a product expected to boost sales.

And Subsalve President Richard Fryburg said as China is perceived to be a growing threat by many U.S. allies in East Asia, military customers in Japan,South Korea and Taiwan are shifting what Subsalve products are in growing demand, including an underwater ordinance disposal system used to remove mines or bombs.

“We’ve got some very large military contracts that will occur in 2021, which could [more than] double our sales,” said Fryburg.